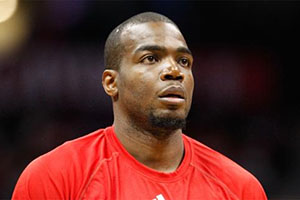 With a few players pulling out of the training camp for Team USA before the FIBA World Cup, there was always a chance a player or two would be added to the initial squad. Given that there is going to be a cut this weekend of the squad, it is a tall order for a player coming in at this late stage to stake a place on the plane to Europe but you can bet that Paul Millsap will be working hard this week to make it into the final 12 man roster. There are 19 players involved with the training camp this week, so 7 will miss out but there is still some space for getting involved in a few key areas, which is why Millsap will have hope of forcing his way into the big event this summer.

There will be three opportunities to see Team USA in action on home soil, which provides early betting opportunities as well, with games against Brazil, the Dominican Republic and Puerto Rico all on the bill for mid August. The Brazil game takes place in Chicago on the 16th of August while the world famous MSG in New York is the host venue for the next two games. On the 20th of August, the Dominican Republic are the opposition while Puerto Rico stand in the way of the US on the 22nd, before the team makes its way to Europe. While there is a chance for Paul Millsap to stake his place, there is also a lot to be said for the focus that will fall on Derrick Rose this week. The player has supposedly looked great in recent weeks but this will show what he is really made of and there will be plenty of NBA fans rooting for him to make a comeback.

Plenty of games for Team USA fans to look forward to

On the 26th of August, Team USA will play a friendly match against Slovenia, which will be their final match before the tournament begins. On the 30th of August, USA plays Finland and then a day later on the 31st of August; it is Turkey who are the opposition. There is then a day’s break for USA before they take on New Zealand on the 2nd, on the 3rd they face the Dominican Republic for the third time this summer and on the 4th of September, the USA takes on the Ukraine, which takes us into the knock-out round, where you have to think America will be involved.

Team USA are still the favourites for the FIBA 2014 World Cup but are they going to have the heart and determination. Some teams and players involved at the event will view this summer’s tournament as the high point of their career, which isn’t the case for many of the NBA stars in the USA, so there may be a need for the USA players to up their intensity levels to match their opponents.