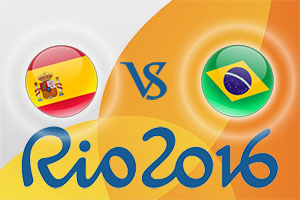 The Spanish team suffered a narrow loss to Croatia in their opening game, and they’ll be desperate to bounce back with a win in this game. They’ll face the hosts who will have a big crowd behind them but the Spanish team need to get back on the road and there is no reason why they cannot bounce back strongly.

In the loss to Croatia, Pau Gasol provided 26 points and 9 rebounds, so if he can deliver a key performance once again, there should be a lot of optimism for the Spanish side coming into this game. As for the hosts, they were gunned down by Lithuania at the start of their campaign.

Leandro Barbosa, who has just signed for the Phoenix Suns but who has a NBA title with the Golden State Warriors in his locker, grabbed 21 points in the loss. There is still plenty of time for both of these teams to grab the wins that they need to make sure they make the play-off round but there will be an element of pressure on both these teams going into the game.

How these teams deal with the pressure may be the deciding factor and given that Spain have more players with top-level experience, they should be able to deal with the situation.

Spain are the bookies tip for this game

The bookies believe Spain to be the favourites for this game and taking Spain at -7, available at odds of 1.90, should be a sensible bet. If you are looking at the Over/Under market in this game, you should look to go OVER 150.0, which is on offer at odds of 1.90. Bet Now!

If you are looking at the Race to 20 Points, you’ll find that Spain are on offer at 1.46. If you believe that Spain will take control of the game from the start, which they’ll be looking to do, you can take Spain at half-time, Spain at full-time with odds of 1.68. You can also back Spain to have the highest scoring quarter of the game at odds of 1.43.