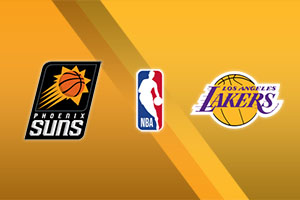 The Suns entered the series decided to take no hostages. And they won Game 1 in Denver (99-90), proving they are strong enough to look the champions in the eyes. However, Game 2 was a whole different story;  the Lakers made the break, tied the series at 1-1 (four wins required to qualify) and took home advantage on their side.

Monty Williams’ Suns «paid» for the limited game time their leader/point guard Chris Paul had in that match. He was on the court for only 23 minutes due to injury and managed a mere 6 points and 5 assists. Devin Booker fought alone until the end, but his 31 points proved not enough. Cameron Payne with 19 points (and 7 assists) and center Deandre Ayton with 22 points and 10 rebounds stood out! Suns leader Chris Paul is highly doubtful tonight, which is a massive problem for coach Monty Williams…