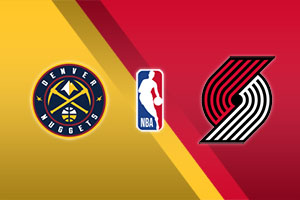 The Nuggets (8-4) without encountering any particular difficulties prevailed two nights before the Hawks 105-96 (at home). First match this year, in which Gordon became scorer and the one who carried Mike Malone’s team aggressively. The Nuggets forward had 23 points, with Jokic scoring another triple-double, with 22 points, 19 rebounds and 10 assists. With the well-known absences of Porter Jr (F, 9.9 points, 6.6 rebounds) and Jamal Murray (PG) in this game as well.

The Blazers (6-7) are also coming from a… comfortable win. They played in Houston before two days, taking their first away win, beating the Rockets 104-92. At 20 points Lillard, with 6 rebounds and 7 assists, 17 points McCollum, with 8 rebounds and 5 assists. Little filled his stats, came off the bench and gave 13 points and collected 14 rebounds. As the Blazers announced yesterday, Lillard (G, 20.1 points, 4.3 reboudns, 8.2 assists) will not play tonight due to abdominal discomfort.