Given the way that so many injuries have befallen Team USA in the build up to the FIBA World Cup this summer, it is understandable that the squad is not looking to take any risks before they make their way to Spain. There is a need for the players and coaching squad to stay sharp and there is no point in taking any unnecessary risks before they reach the summer tournament. Some fans will say that this is already too late given some of the injuries that have been dealt to the team but the latest announcement from Team USA indicates that they are clearly keen to minimise any further disruption.

This can be seen with the fact that the team has cancelled a visit to Senegal. The team was due to head there later this month before the World Cup gets underway but with the outbreak of the ebola virus in West Africa, it is understandable that the visit has been cancelled. The players and coaching staff were lined up to visit Dakar, the capital of Senegal, where they would take part in a number of basketball clinics and meet some of the fans of the NBA and basketball. There is clearly a need for basketball to take advantage of the growing global market place in the country but this is not something that can be risked at this current time. 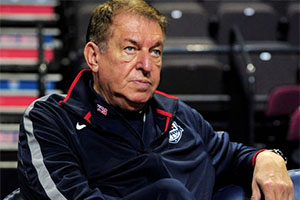 The chair of USA basketball, Jerry Colangelo, has spoken of the disappointment felt by the travelling party about this move but with the World Health Organisation issuing a number of serious health warnings regarding travel in this part of the world; it was a simple decision for Team USA to make. It should be noted that there have been no reports of ebola in Senegal just yet but the country lies on a border with Guinea and Dakar. The view is that West Africa should be avoided as much as possible at the moment to ensure that the virus is minimised and is not allowed to spread.

Given the misfortune suffered by Team USA so far, it makes sense to keep the players as safe as possible. Anyone who has placed a long-term futures bet may be questioning their decision because the luck continues to run against the team. The American team are still firm favourites for the big event but there is no doubt that a loss of many key players may weaken what is expected from the American side.

At the moment, Team USA are still on home soil with Chicago and New York being the last stop-off points before they head out to Europe. The Americans get their FIBA World Cup campaign underway on Saturday the 30th of August when they take on Finland. The US team will be hoping to remain in Spain all the way through until the 14th of September, as this is the date of the final. One huge incentive for all of the teams involved is the fact that the winning team is granted a place in the 2016 Olympic Basketball Tournament, which will be taking place in Brazil.