You’ll notice that the two groups alternate which means that all of the teams in the same group play on the same day and then rest on the same day. This is better for the integrity of the groups and if you are following a particular team, you can alternate your attendance at the arena. Group A gets us underway on the 6th of August, play continues with Group B on the 7th of August, Group A resumes on the 8th of August before Group B plays again on the 9th of August and so the pattern continues until the groups are concluded.

Group A features two of the teams that came through the July qualification process so this was the group that was most up in the air until this week. The United States are virtually guaranteed to take the top spot but with four teams going through, there is still likely to be a lot of excitement and drama unfolding in this group.

You can also bet that no one is willing to completely write off the match against the United States just yet because if they have an off day, you want to be the team that can take advantage of it and at least push them hard. If nothing else, keeping the points difference down against the States could make all the difference in the final rankings.

With the final game pitting the top two teams against each other, there may be a winner takes top spot scenario unfolding in Group A, which will provide another reason to keep an eye on the climax of this group.

With the host nation, their fiercest sporting rivals and the best team in Europe all competing in Group B, this is a group that is going to offer up a great deal of competition and fire in August. Argentina and Spain look well placed to make it through to the knock-out round, but every team in the group will be of the opinion that they can make it through.

Much like with Group A, there could be a final day clash to decide who tops the group with Spain and Argentina going head to head, 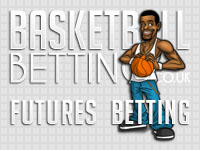 On the opening day of the Group A action, the rank outsiders China take on the hot favourites USA so if you like watching basketball games between teams that are hugely mismatched, this could be the best way to get your Olympic basketball betting up and running this summer.