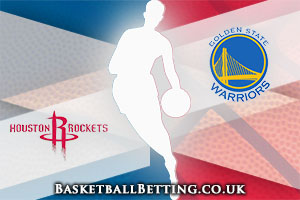 The Western Conference rolls into Game 5 tonight but the Eastern Conference stopped at Game 4 with the Cleveland Cavaliers carrying out a clean sweep on the Atlanta Hawks. A lot of people fancied the Cavs to take care of the Hawks in the series but not too many expected the Hawks to be obliterated. The Cavs were on fire from the start and the 118-88 win in Cleveland means that the home team has plenty of time to put their feet up and get ready for the NBA Finals.

The rest and recovery period could be crucial because it has to be said that the Cavs have pushed themselves in this series. A 4-0 score-line suggests that they were miles ahead, but if they were, it was down to the hard work and effort that they put in to get so far ahead.

LeBron James is back in the NBA Finals again

For the fifth year in a row, Lebron is in the NBA Finals and if he can haul his team to four wins in the series, he may find that all of the pain and misery he caused in Cleveland is forgotten about. LeBron James delivered 23 points in Game 4, Kyrie Irving got some game-time and the Cavs showed that the poor start to the season has been forgotten as they ruled the East.

In the West, the Golden State Warriors have been the team to beat, and they have another chance to grab that elusive win that will see them in the Finals. The Rockets grabbed 128 points in the Game 4 win on Monday, the most points the Warriors have shipped all season. There was a total of 37 three pointers in the game, the Rockets offering 20, and there was plenty of excitement on show from James harden in Game 4. It was accepted that the player was poor in Game 3 but in Game 4, he provided 45 points and 9 rebounds, keeping the season alive for the Rockets.

With 33 points in the second half of the game, Harden knew that he had to step up and his form in this game could go a long way to deciding what happens on the court. There were some concerns for the Warriors about the health and fitness of Stephen Curry after he suffered a knock in the game. The club doctors cleared him to come back into action, serving up 23 points in the 31 minutes he was on the court. Klay Thompson knew that the other players had to offer more and he managed to provide a series personal best of 24 points in the game. The Rockets need to pull out another massive win to keep their season alive, and as they are on the road, you can see this being a tough evening from the team from Houston.

Taking the Rockets for the spread makes sense and they can be found at +10.5, with odds of 1.90. If you are looking to get involved with the Over/Under market, going UNDER 219.5 looks like being a decent bet. The Money Line is very much with the Golden State Warriors concluding this series tonight but backing the Houston Rockets with the spread should ensure that there is a great deal of excitement to be found. Bet Now!