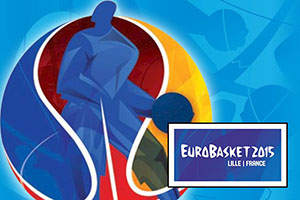 Located in the north of France, Lille is found close to the border of Belgium and the city is recognised as the principal city of the Lille Metropole while also being the capital of the Nord-Pas de Calais area of France.

The Stade Pierre-Mauroy is a tremendous arena

There is no doubt that the Stade Pierre-Mauroy is an interesting stadium and at full level, the Grande Stade has a capacity of 50,186. This is the venue of the football club in Lille but an interesting component comes with the fact that half of the field in the stadium is located on tracks and hydraulic lifts. These can raise and slide this half of the field underneath the other half in a period of three hours and this creates a second level floor plan, which is referred to as the Boîte à Spectacles. This is the arena for concerts, tennis and basketball, and this will be the venue for the knock-out stages of the 2015 EuroBasket event. The capacity in this configuration can vary between 6,900 and 30,000 seats. The arena also has a retractable roof which can be closed over in 15 minutes. 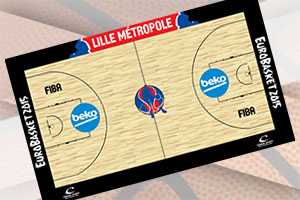 The venue is also going to play host to a number of games at the Euro 2016 football, making it the hub of sporting activity for two summers in a row. The stadium has official parking for 7,000 vehicles while there are also metro stations and the highway situated close by. Add in the fact that the venue utilises solar panels and windmills to provide electrical supplies and you have a thoroughly modern stadium that is fit for virtually any purpose.

Of course, a stadium of this calibre comes at a cost and the total cost of construction came in at €618million. This comprised of close to €300m for the stadium itself, close to €50m for additional development including hotels, parking and restaurants and a further €100m to make sure that the venue passed the seismic standards that came into being in France in 2011. The cost of the project was shared by the city of Lille, LOSC and the regional government of the Nord-Pas-De-Calais.

The Final, and the third/fourth playoff, will take place on the 20th of September.