The 2014 FIBA Basketball World Cup will be a major sporting event in the calendar but it will be a special one for basketball fans. It will be the 17th event of this nature and it will be the final time that the event is held on its current four year cycle. This means that it will be the last FIBA World Cup to be held until 2019, a move that has been taken to place the cycle into a different schedule than the FIFA World Cup. The 2014 event will be hosted by Spain.

Six different cities will host the event in Spain and these six cities are:

For some nations, the right to play at the 2014 FIBA Basketball World Cup is a lengthy process. The qualifying campaign began in 2011 with the Caribbean Championships from this year playing a role in placing teams to the eventual qualifiers from the 2013 Americas route. 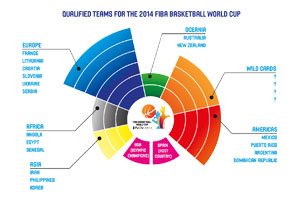 The split for teams to make up the 24 team tournament is as follows.

As of October 2013, 20 of the 24 positions have been filled with the remaining 4 positions, the wildcard teams, being decided in 2014.

Once the final four wildcard teams are known, the draw for the tournament will take place on the 3rd of February 2014 in Barcelona.

The preliminary round will see 6 teams be placed into a group and there will be four groups, with four teams progressing from each group. 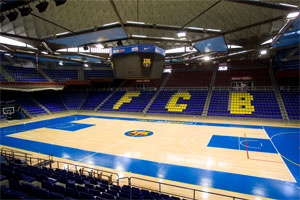 The top half of the draw sees the following games:

There is a 3rd and 4th play-off between the two losing semi-finalists.

The bottom half of the draw sees the following games: 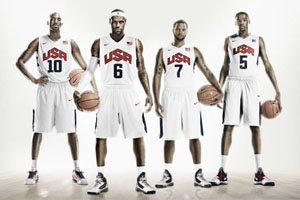 The United States are the current holders of the FIBA Basketball World Cup and have 4 triumphs in total. This is one behind the grand total of 5, which is claimed by the nation Serbia, with its history of Yugoslavia and Serbia and Montenegro being included together. This includes wins in 1970, 1978 and 1990 as Yugoslavia and wins in 1998 and 2002 as the FR Yugoslavia / Serbia and Montenegro national basketball team. In 2014, the nation will be competing for their 6th title under the title of Serbia.